I know. I am not even going to write ‘it depends.’ I never used to think like this. In fact, I think you could describe me as being adamantly opposed to supplementation. I would look quite suspiciously on nutritionists who would recommend a raft of additional pills and potions for their clients (from their supplement range). I was a big believer in the idea that you could get everything you needed from food and supplements were for the ‘worried well’, the term used to describe our biggest users of supplements in New Zealand: young, middle-class, female.

For many years now it is well known that micronutrients essential for antioxidant, neurotransmitter and musculoskeletal processes in the body are depleted in our food supply. Iodine is the obvious one. Essential for metabolism and the production of thyroid hormones, the removal of iodophers as cleaning agents from our dairy industry in the 1950s (which was our main source of iodine) and the naturally low level of iodine in our soil has resulted in mild iodine deficiency. Associate Professor Skeaff at Otago (one of my favourite lecturers) completed her PhD in this area and her research suggests that this deficiency, whilst not resulting in goitre, could lead to cognitive problems in children due to low iodine status in mothers during pregnancy. The foetus relies on the mothers thyroid hormones for normal growth and neural development and hypothyroxinaemia (i.e., low maternal fT4) results in damage to the developing brain, which is further aggravated by hypothyroidism in the foetus. This problem has (in recent decades) been further exacerbated by the removal of our main source of iodine (table salt) due to the public health messages around salt and hypertension. Now I’m not suggesting that we need to supplement with iodine in this instance, actually, as the inclusion of kelp, nori wakame and other sea vegetables (and some seafood), nor do we need to go back to pouring anti-caking agent on our food. However, this is a good example of a nutrient that is not readily available ‘in a balanced diet’ for most people.

Another obvious nutrient is vitamin D. While the majority of vitamin D is produced through exposure to the sun, it’s well accepted that this is nigh on impossible for anyone in New Zealand in winter (for the sun doesn’t hit the earth at the right angle for the production of UVB rays). Further, the ‘slip slop slap’ message has led many people to completely avoid the sunlight when it is available for the necessary production. Vitamin D3 is added to a lot of foods by way of fortification in New Zealand, however most foods it is added to are not nutrient dense, whole foods that I would recommend my clients consume (cereal bars, dairy desserts, food drinks, meal replacements, margarines, skim and modified milks, soy milks and yoghurt). Further, while the recommended amount of vitamin D is 5ug/day through the diet, this is based on the role that vitamin D plays in bone metabolism, and is not accounting for the myriad of other roles it has in neurotransmitter production, brain, gut and heart health and overall wellbeing. In New Zealand we have over 30% of adults who have levels below 50 mmol/L as measured in the blood. That’s a significant portion of the population who are considered ‘sub optimal’ yet not deficient. If you have sub-optimal vitamin D status, and are a person who is grappling with a low mood, weight gain and the normal stressors of everyday life, then boosting your vitamin D could be a really good option for you. Vitamin D forms the backbone of our corticosteroid hormones, and when your body is under times of stress (and this is dietary, physical, emotional or environmental stress), the production of our stress hormones increases at the expense of our thyroid or our sex hormones. Call it our evolutionary response to modern life. Why would your body be interested in reproduction (for example) if the immediate problem is one of survival? Further (to all of this), if you are taking a supplement for vitamin D, it’s a good idea to balance it with vitamin K2. This is a vitamin low in our modern food supply (for most of the year – though you can find it in full fat dairy products, egg yolks, fermented foods and in grass fed cows). While 50% of vitamin K2 is produced by our gut bacteria, however the modern diet, the increased exposure to medications, antibiotics and environmental toxins, combined with an overall reduced diversity of bacteria in our gut has undoubtedly reduced our endogenous production of this vitamin (along with impacting on our overall health as we now understand the essential role of our gut in determining overall health.

I could go on with 18 other examples, however your attention may wander, so I’ll move on.

Outside of the food supply, even if someone truly were getting the optimal levels of nutrients as determined by the recommended daily intakes (RDIs), how accurate are these are determining optimal levels of health?? As suggested earlier, some people advocate much higher dietary levels of vitamin D, well above the RDI. The RDIs are determined from clinical trials whereby the micronutrient in question is removed until deficiency symptoms occur, then added back into the intake until the symptoms are corrected and nutrition status is restored. And this is exactly how you want to do it. But this (for a lot of micronutrients) was determined decades ago. Do the same recommendations support the demands of everyday life today? I (along with others) do not think so. Modern life brings with it stressors that can deplete us of nutrients in ways that were probably not even dreamed of when the RDIs were set. Our exposure to  heavy metals, pesticides and other environmental pollutants can impact on our ability to absorb and digest nutrients and may also increase our requirements as a consequence of such exposure. Further, the rate of depletion of the B vitamins, magnesium, zinc and vitamin C are greater due to their role in immune function pathways, which are upregulated when there is this additional burden placed on us through the modern day environment.

Another example of this is an epidemic of zinc deficiency worldwide – and in fact a quarter of New Zealand males are zinc deficient. Zinc – found in pumpkin seeds, seafood, lean meat, eggs, has an important role in our sex and thyroid hormone production, insulin production, immunity, growth, our senses (taste, vision, and smell) and blood clotting (to name a few). Not only is the zinc content of our soil low, chronic stress over time has been shown to deplete plasma zinc and increase plasma levels of copper; an imbalance that contributes to inflammation and with it the health issues that come with that. So, while we may be consuming enough zinc according to the RDIs, there is more to consider than just dietary intake alone.  I really don’t think that it was possible to imagine what life would be like for a lot of people these days, much less account for these in the recommended dietary intakes, even though these were updated close to 10 years ago.

Now, you might not agree that supplementing is necessary, and if someone is in optimal health, with no problems indicative of malabsorption and stressors at a minimum, then I would agree. However, the number of people I see falling into this category are few and far between. Yes, perhaps I may be seeing a skewed portion of the population – after all, they are seeking my help with their energy, digestive, hormonal and weight challenges. Further, they have the necessary resources to invest in my help. However, again, I don’t think this is a valid argument. While my target market as a nutritionist could once be considered the ‘worried well’, this description doesn’t accurately depict my clientele. Worried? Yes. Well? Not so much. Average life span in the general population may be increasing, this is not a reflection of the health of the nation, with the prevalence of allergies, asthma, overweight, cancers, cardiovascular and neurological diseases increasing. All of which require nutrients that aren’t easily obtained through a ‘balanced’ diet (whatever that is).

So…should you be supplementing then? Well, NOT in the absence of an awesome real food, varied diet that also incorporates fermented food, obviously. And… (sorry) it’s NOT as simple as popping a multivitamin, unfortunately. It’s not even that ‘you get what you pay for’ when it comes to supplements – as a hefty price tag doesn’t always reflect biological usefulness in the body which may even lead to a build-up of some nutrients leading to major health problems (as mentioned with zinc and copper). Nutrients that are derived from food sources will always trump a supplement as they are designed by nature to contain these in amounts that work synergistically (together), not antagonistically. There is a lot to consider with supplementation. A standard multi might not be an issue. But it can be.

* My advice is to work with a health practitioner to determine YOUR nutrient needs, as it’s far more complicated than taking a pack of pills in the morning and another at night, and crossing your fingers you’ve covered your bases. While you can take some without the worry of toxicity there are certainly toxicity issues with others. They can then look at the whole picture and not just the food you are or aren’t consuming. That said, most people could probably do with increasing magnesium via a supplement.

PS If you have even a passing interest in the effects of modern life on our health, check out the Ancestral Health Society of New Zealand – we have a symposium coming up in October in Queenstown! 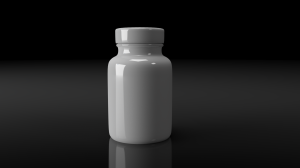 bottle from somewhere on the interweb. Thank you, random site I’ve now forgotten.