Much of the research points to the utility of a keto diet for increasing fat oxidation for longer, slower training. After a period of adaptation, athletes are then able to tap into an alternative fuel source which affords them an extensive supply of fuel at a steady rate, unlike carbohydrate (glycogen) stores which are limited and easily depleted in a moderate-long training session. Thus, it stands to reason athletes are able to go for longer than if they are straight carb-burning athletes in an endurance event – something that Maunder and colleagues discuss in this most recent paper outlining the practical application of a low carbohydrate diet for athletes of varying abilities. However many of the recent randomized trials (such as this one here) have found that performance, particularly at the top-end of the spectrum, is compromised when athletes switch to a lower carbohydrate approach. Further, the relative effort at a given heart rate is increased. You go slower, but it feels harder. Ouch. This understandably makes an athlete’s coache a little nervous to recommend their athletes go on a lower carbohydrate diet.

Interesting though, this is not the experience of many people I work with who transition to a lower carb diet. If anything, performance improves for the athlete (something I’ve written a lot about over the last few years, including this blog here). Given enough time, any reduction in power that occurs early in the transition phase appears to be reversed and the athlete comes out leaner, stronger and fitter in their endurance training. Reducing reliance on carbohydrate as a training fuel reduces the oxidative damage that occurs during training, thus inflammation is reduced. They aren’t placing their body under as much oxidative stress and therefore the athlete can train more consistently during the season with less risk of stress-related injury and illness. This may also be due to a higher presence of beta hydroxybutyrate in the bloodstream, which act as signalling molecules and increase the transcription of enzymes that encode antioxidant genes superoxide dismutase, catalase 2 and glutathione peroxidase. This helps scavenge free radicals created through training and protects the athlete from tissue damage. This may be one of the reasons why they are seeing better results with their key races.

Two of my mates felt similarly, and experienced similar benefits of adhering to a low carbohydrate diet, experiencing no detriment to high intensity training, despite what the research deemed. So they decided to test the hypothesis.

They took 18 male endurance athletes who were habitually eating a standard western diet, and randomised them to consume either their normal diet (control group), or a very low carbohydrate ketogenic diet, consisting of no more than 50g carbs per day for four weeks, and performed graded exercise tests before and after the experiment, and a HIIT session (5x3min, work/rest 2:1, passive recovery, total time 34min) before, and after 2 and 4 weeks.

The researchers found that (as expected) fat oxidation levels increased in the experimental group throughout the tests, and total time to exhaustion, performance in the HIIT session and rate of perceived exertion was no different between the groups. Ergo, the ketogenic diet did not impact the athlete’s ability to undergo high intensity training (nor make it seem harder for them). Interestingly, the level of protein in the diet was around 29%, higher than the 17% used in other studies – this could account for the level of ketones present in the blood stream that were lower at the end of the study (0.4 mmol/L), just out of the ‘nutritional ketosis’ range. The difference this may have made to the athletes’ performance, however, we don’t really know.

Many of the studies conducted that have found performance is reduced are likely too short to allow the athletes to adapt to a ketogenic diet, which is thought to take several weeks to months. Hopefully this new research makes you think twice about taking the results of a study like such as the one here, as a reason to dismiss the low carbohydrate diet for athletes.

To recap, then, of what we know is possible for athletes following a lower carbohydrate approach:

As a side note, lots of peeps look at the elite athlete who chows down on carbohydrate in racing and during everyday life and thinks to themselves that, if they can perform to that standard eating a higher carb approach, then why can’t I? A couple of points to note: 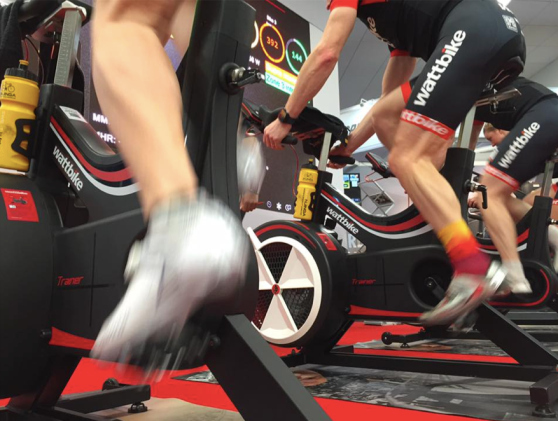