Last week I posted three reasons why many people undertaking a LCHF diet stall with their success or never get it off the ground to begin with. The following delve a little deeper into the less obvious reasons why people struggle with their diet, and offer some options to help troubleshoot.

Of course these factors contribute to how your body responds to the food, but it isn’t the food per se. As I said last week, this isn’t a definitive list, however if any of these resonate with you then try some of the ideas I’ve listed, or enlist the help of someone like me to guide you to the best approach for you.

PS: I have organised a few talks over the next couple of months to talk about making a real food (aka LCHF) approach work for you. At the moment I have:

…with others to come, so watch this space 🙂 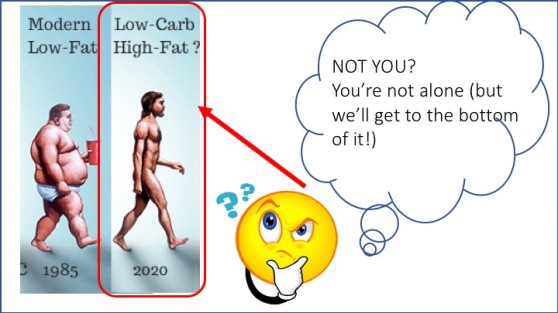 Yes, I created this pic myself 🙂

It’s about this time of year that I start seeing people come through my doors needing some minor (or major) tweaks to their LCHF eating approach. There are usually one of two scenarios.

Scenario #1: When they embarked on LCHF they saw ALL of the benefits they heard about, effortlessly shedding body fat, boundless energy (in training and afterwards), improvement in skin tone, hair condition, sleep and digestive problems. But lately the opposite is true. Despite seemingly nailing this LCHF lifestyle, they’ve noticed they are lacking energy, gaining weight (especially around the middle), latest blood tests have seen their cholesterol levels have shot up (and perhaps triglycerides), they are unable to sleep… … yet if anything, they’ve instigated (and nailed) the hacks they’ve read to optimise their LCHF eating approach. What gives??

Scenario #2: They’ve given it a good go on their own for the last 5 weeks, following it to the letter and despite this, it’s ‘not working for them.’ Worse, their husband/workmate/training partner has taken to it with ease.

While we are all individual as to what is going to work for us, the LCHF approach is a really good one for most people, most of the time. Despite that, there are small things that can derail your best efforts to improve your diet, so I want to cover off the basic (and more nuanced) reasons people don’t fare well on a LCHF approach, and some tips on how to overcome them. I’ve ended up splitting this post into two parts as it was so long!

I’ve got more – quite a bit more actually! – but will post that in Part 2 so as not to risk losing your attention ;-). These are three of the basics that people can get wrong (particularly in the initial phases), and the next post will cover some of the more nuanced reasons, and what you can do to correct them. If you’re not sure whether your LCHF diet is working for you, why not jump on and book a consultation with me? An expert eye can help take the thinking out of it for you and save a lot of stress long term. 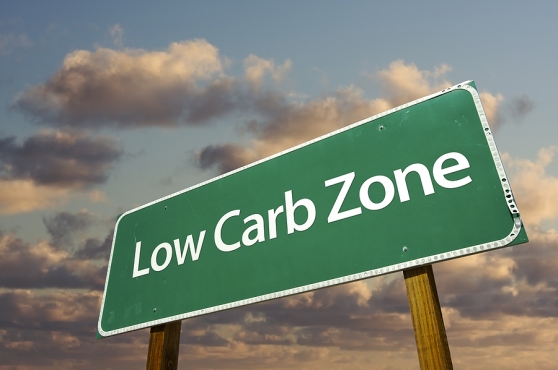 Are you in the zone? (PC: http://www.tripfitness.com)