Nothing derails an athlete like an injury. We all know that consistency is one of the most important aspects to perform at your best, but getting to the start line in one piece is one of the biggest challenges that athletes face – particularly endurance athletes. For me, I have a long standing battle with my calves, and many people I talk to are similar: an old achillies injury, a hamstring problem, a niggly hip. However, this is hope! I listened to this great podcast where one of the leading researchers (Keith Baar) talked about his research that is helping athletes avoid injury and (when injured) recover more quickly. It is so practical and easy to apply that I had to share it. And whilst this is related specifically to athletes, I can’t think of any reason this couldn’t apply to anyone who may not think of themselves as an ‘athlete’ but struggles with an ongoing muscle or bone ailment.

A bit of background: Collagen, the most abundant protein form in the body, is made up of two amino acids, glycine and proline. It is found in bones, muscles, tendons and ligaments and has an almost scaffolding effect, to provide form and structure. Modern diets don’t contain a lot of glycine – it is found in the cartilage, bones and gelatinous part of animals and most people prefer the leaner cuts of meat (such as a steak, or a chicken breast). Most athletes I talk to would fall into this category; traditional sports nutrition guidelines would encourage them to fill up on carbohydrate, eat a moderate amount of lean protein and choose those leaner cuts of meat to ensure fat intake is kept low. Another easy source of glycine is found in gelatine – the wide, grainy powder found in the baking aisle used as a gelling agent in cooking. It is made predominantly of left over parts of the animal (bone, skin etc) that would otherwise not be used and has become more popular recently for its health promoting properties. Gelatine has also garnered the attention of sport scientists for its potential role in healing from injury and injury prevention.

While mere mortals wouldn’t typically think of tendon stiffness as a good thing, sport scientists have shown that the higher degree of stiffness you have in your muscle tendons, the better efficiency you’re going to have when using them. For a runner this would mean you’d expend less energy overall at a higher given intensity. And who doesn’t want that?

Tendon stiffness is determined largely by the amount of collagen AND the crosslinking of it. the collagen (tissue). Cross linking is determined by enzymatic processes that occur in the body, the expression and the activity of these enzymes increases when we are active. Baar’s research found that when they combined vitamin C (important for collagen synthesis) with glycine (one of the most common amino acids in collagen) there was an increase in strength of ligaments the engineered in the laboratory. They then conducted clinical trials in athletes to determine if this could be translated to a real world situation.

They conducted a randomised clinical trial, whereby they gave the group either a placebo, 5g or 15g of gelatine and measured the amino acids present in the blood stream over the following three hours. They found that the glycine peaked within the blood an hour after consuming the supplement. When they took the blood samples from the athletes and put it into their engineered ligament, they found an increase in the amount of collagen present in the ligament – a slight increase with 5g and a substantial increase with 15g of gelatine. Importantly, they found improved strength and stiffness in the ligaments that had the increase in collagen formation.

They then had the athletes jump-rope for six minutes (the length of time required to get a response from tissue cells in the bones, tendons and cartilage), rest for six hours, take the supplement again, wait an hour (for the peak amino acid expression) and jump-rope again. They did this three times a day for three days. The researchers found a doubling in the athletes’ collagen synthesis for those supplementing with 15g of gelatine, mostly from the bone.

What this shows us is if we want to improve the collagen response to an exercise bout, we can easily do this by adding gelatine as a supplement. Baar felt the initial study can be looked at as a bone recovery protocol. If we have an athlete who breaks a bone –  in the foot, a bone in the leg, bone in the back, what you can do is you can have them take the 15g gelatine alongside 50mg of vitamin C and then do five minutes of exercise an hour later. Now clearly this isn’t weighted activity – if you have access to an AlterG at your local university sports science lab that would be brilliant – something that is going to just direct those nutrients to where they need to go. Repeat this every 6h because it takes that long to get the cells to return to a state that they will then be responsive. The researchers suggest this is going to speed recovery time, something all athletes are interested in.

The above study can also be used as an injury prevention protocol, as the overall goal is to improve the mechanics of the connective tissue, reduce fatigue-related damage and optimise its strength and resilience. The protocol is the same; consume the 15g gelatine and 50mg of vitamin C then perform 5 min of activity that is going to load the area they are most concerned with. Long distance runners, for example, could supplement and then an hour later do 5-6 minutes of jump roping as this is going to load the hips, Achilles tendon, calves, tibia and femur – all areas of concern. For our long distance runners, they do five to six minutes of jump rope because if you have a history of tibial stress fractures or hip stress fractures or Achilles problems or plantar fasciitis, all of those structures are going to be loaded by the jump rope. They’re going to get just enough of a stimulus in that six minutes to have a response. Unlike muscle, bones and connective tissue don’t have a great blood supply – therefore providing nutrients then doing the exercise is like wringing out a sponge – suck the water out and it will suck up what’s left in the environment. The exercise impact is like wringing out the sponge, therefore the tissue will be responsive to up taking the nutrients.

Currently they’ve just tested the 5g and the 15g of gelatine – and while anecdotally the 5g has received favourable responses, the 15g amount was significantly more effective. The researchers don’t know for now if this is better scaled to body weight, but studies are underway to determine this. The study that is discussed here is in review and is about to be published.

*a little bit less than the amount of vitamin C found in a kiwifruit, most vitamin C tablets are over 250 mg, but you could easily have this instead.

Gelatine: I use the Great Lakes Gelatin, this is definitely pricier than what you’d find in the supermarket. This (and the I Quit Sugar brand or Vital Proteins brand) are marketed as being derived from either pig or beef that have been sustainably farmed and pasture raised. They are also free from additives and preservatives. You can purchase either the gelatine that will gel, or the collagen peptides which is the collagen broken down into smaller amino acid peptides. I haven’t seen any New Zealand gelatine – our cattle industry is one of the best. The brand in the supermarket I’ve seen (Mckenzie’s) includes a preservative which wouldn’t make it ideal for anyone wanting to use it for gut healing purposes (it’s 220, sulphite dioxide – many people are sensitive to this) and they don’t make the same animal and environmentally friendly claims. Further, if you do have an injury then the levels of inflammation in your tissues will likely be higher, and while the inflammation may not stem from your gut, it can affect your sensitivity to constituents in food such as preservatives and additives you would otherwise be fine with. In terms of the injury prevention effect though, I’ve seen nothing to suggest they wouldn’t be on par – so choose the one you can afford. 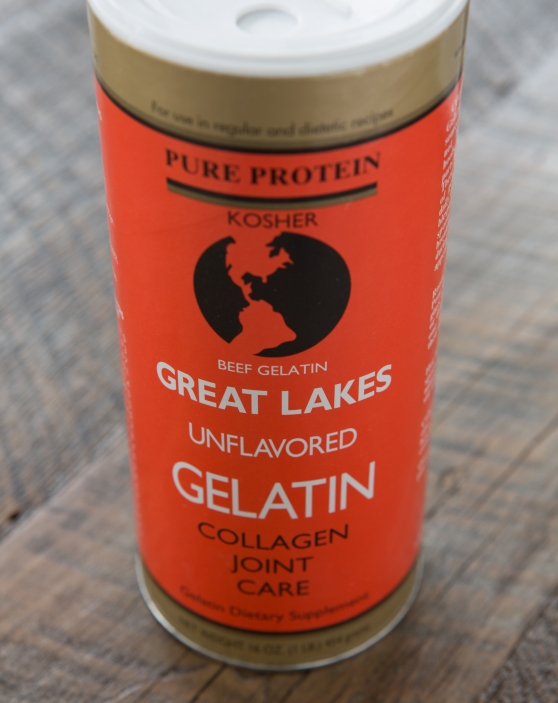